BelleVIVE. Love what you do, Do what you love.

Cashel Palace Hotel in Co. Tipperary set to reopen its elegant doors as a five-star luxury hotel and spa in March 2022

BelleVIVE. Love what you do, Do what you love. 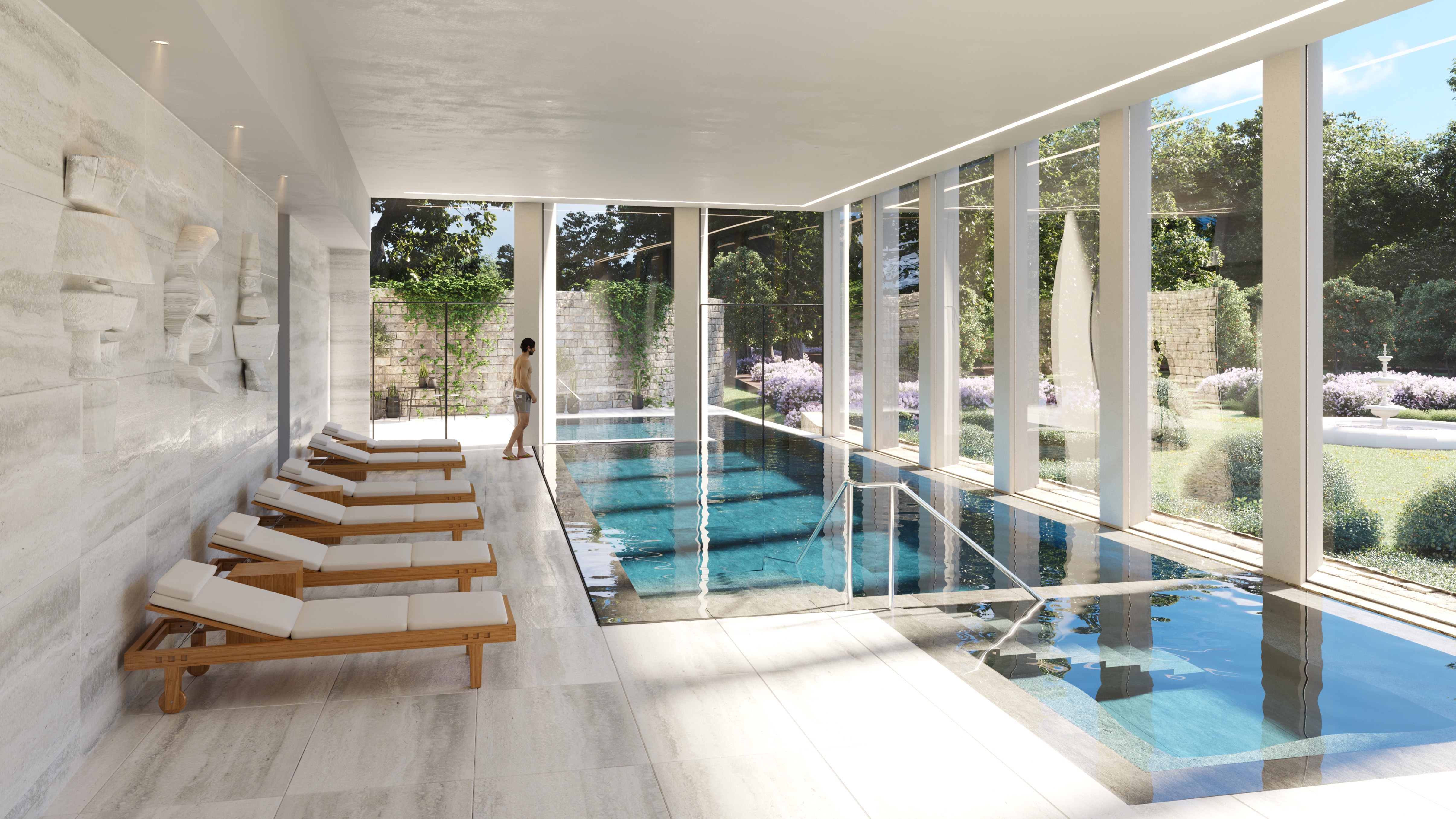 Following a major four-year restoration programme, Cashel Palace Hotel will open next March as a magnificent five-star Relais & Châteauxhotel in the centre of Cashel, one of the most important heritage towns in Ireland.

Spectacularly located beside the medieval Rock of Cashel, the grand Palladian Manor was built in 1732 as home to the Bishop of Cashel before becoming a hotel in 1962 where for decades it welcomed high-profile guests and once was owned by Vincent O’Brien, the legendary Irish racehorse trainer. The new owners,his daughter Susan Magnier and her family,are best known for owning nearby Coolmore Stud, the most successful thoroughbred breeding operation in the world.

Under the family’s careful stewardship, the hotel is now tastefully transformed and extended to include forty-two luxurious bedrooms and suites, a world class spa, ballroom, and Guinness Bar reflecting the hotel’s historical links to the father of Arthur Guinness, founder of the globally renowned brewery.

According to Adriaan Bartels, General Manager: “We are incredibly excited to begin the next important chapter at Cashel Palace. It is our privilege to revive the renowned hospitality so associated with this beautiful house and gardens for more than three hundred years. We look forward to welcoming guests from all over the world to soak in the incredible history and spirit of the hotel and the awe-inspiring Rock of Cashel.”

Exuding charm and elegance, the original grandeur of Cashel Palace has been expertly preserved and spotlighted throughout the estate.

Off the main street in Cashel, a tree-lined avenue welcomes guests before they step into the large entrance hall that retains its original wood panelling and two imposing fluted Corinthian columns. Beyond the hall, stands the remarkable staircase, an early Georgian style carved from red pine and featuring hundreds of intricately hand-turned banisters.

To the rear of the manor house the historic landscaped gardens are designed to include some of the original garden walls on the estate which date back to medieval times. Equally of note are two ancient mulberry trees, planted in 1702, and they are still standing tall today.

The original‘Bishops Walk’ will continue to allow guests private access to the Rock of Cashel, ancient seat of the Kings of Munster and home to a 13th century Cathedral.

The entire design process has been directly overseen by Mrs. Susan Magnier alongside the Emma Pearson Design Studio in London and Del BuonoGazerwitz LandscapeArchitects.

Offering first class comforts, the bedrooms and suites at Cashel Palace are elegantly appointed and divided into four categories: Classic, Deluxe, Superior and Suites.Each restful bedroom is filled with character and historic charm, the most magnificent of which are the eight opulent Cashel Palace suites, four of which are in the Main House and four in the new Garden Wing.

The Main House suites are especially impressive featuring lofty ceilings, original cornicing, windows and fireplaces. Palatial and spacious, each suite draws on the rich history of this great house.

The Garden Wing suites embrace a neo-classical style and elegance and on the ground floor they enjoy a private garden patio and are pet friendly. Each Garden Wing suite offers a separate sitting room to enjoy down time together or with fellow guests.They overlook beautifully manicured rear gardens, some with views of the Rock of Cashel.

Superior rooms are located within the Garden Wing and feature lavishly appointed bathrooms with separate bath, shower and double vanity units. The charming School House contains an additional set of Superior Rooms which are ideal for sharing with family and friends.

Deluxe rooms are predominantly in the Main House, and these retain a wonderful sense of charm of a bygone era, boasting wooden beams and fireplace features.

Located on the arrival avenue, the Carriage House has been transformed from its original guise as a Stable House to now comprise eight individual Classic bedrooms that can connect to make them family friendly.

Cashel Palace is deeply connected to Tipperary’s bountiful Golden Vale pasture. Under the direction of Director of Culinary, Stephen Hayes, food will be treated as a rich celebration of life, of the land, of the locality. From light bites to elegant afternoon tea, casual bistro to formal evening dining, much produce will be sourced from the local Tipperary larder to create exciting culinary experiences.

The atmospheric cellar houses an impressive wine vault, The Bishop’s Buttery Restaurant, and the convivial Guinness Bar, as well as a private Residents Cocktail Bar on the ground floor overlooking the gardens.

On adjacent grounds, with access from the hotel or through its front door on the main street of Cashel, is casual dining option, Mikey Ryan’s Bar & Kitchen. This too was restored by the Magnier family and reopened in 2017 for indoor and al fresco dining.

A contemporary sanctuary overlooking the enclosed gardens, Cashel Palace’s spa marries state-of-the-art facilities with luxurious treatments using luxury Bamfordtreatments. Tranquil and light-filled, the inviting Spa boasts al fresco seaweed baths,a sleek 17-meter pool- five meters of which are outdoors – with a view onto the gardens and Rock of Cashel- as well as a relaxing Jacuzzi, a Klafs steam room and sauna, a yoga room, gym, and hair salon.

The Team at Cashel Palace :

Relais & Châteaux is an association of individually owned and operated luxury hotels and restaurants. Members are distinguished by special features such as idyllic settings or historic landmarks as well as an exceptional food offering. The group currently has about 500 members in 60 countries on five continents.

They are now recruiting Spa Therapists! If you are energetic, customer focused and eager to learn they want to hear from you! This is an excellent opportunity to join a brand new spa! Apply here!